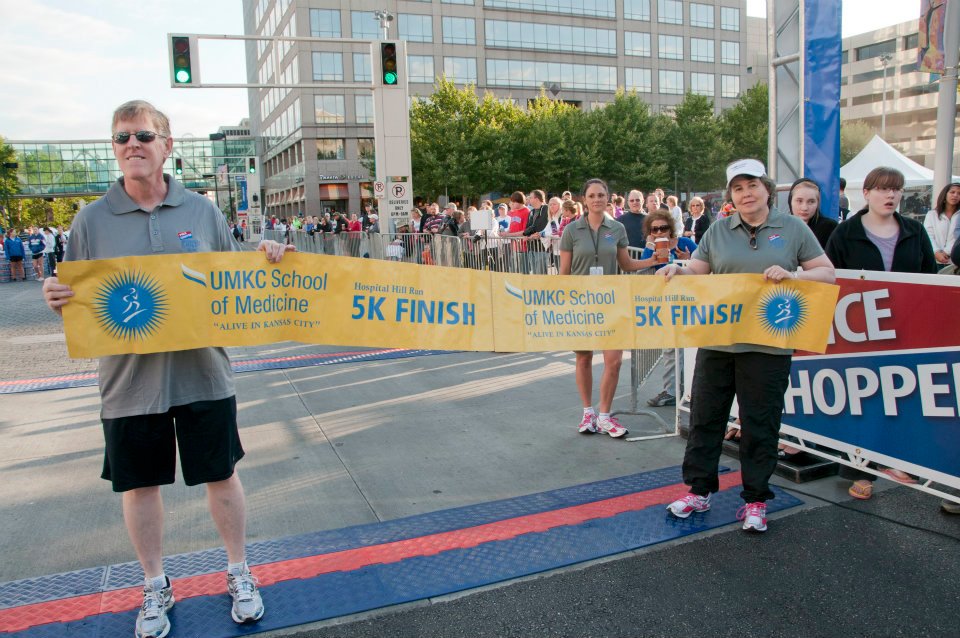 The 39th Hospital Hill Run marked the fifth consecutive year of record-breaking numbers. Approximately 9,000 runners participated in this year’s event: the largest one to date.

The Hospital Hill Run, which includes the UMKC School of Medicine 5K Run, a 10K run and a half marathon, is one of Kansas City’s premiere running events. The School of Medicine joined the event as the title sponsor of the 5K run in 2007, but the School’s connection goes back to the event’s beginning in 1974 when it only had 99 participating runners. Today, thousands of athletes from the United States and around the world partake in the event that takes place in June.

School of Medicine faculty, students and staff volunteer each year to serve at first aid stations located throughout the race routes and at the first aid tent. Sports medicine faculty and fellows provide medical services for the entire event.

Find out more at hospitalhillrun.com.