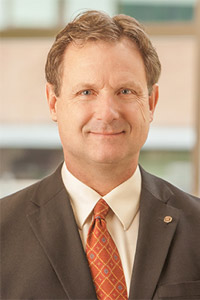 Over the summer, Dr Muelleman was elected President of ABEM.  He is the 2nd TMC/UMKC SOM Emergency Medicine graduate to be elected to, arguably, the highest post in Emergency Medicine in the USA, joining Mark Steele who was president some years ago.

We wish Dr Muelleman well in this new post and know that ABEM is being led by one of the best!