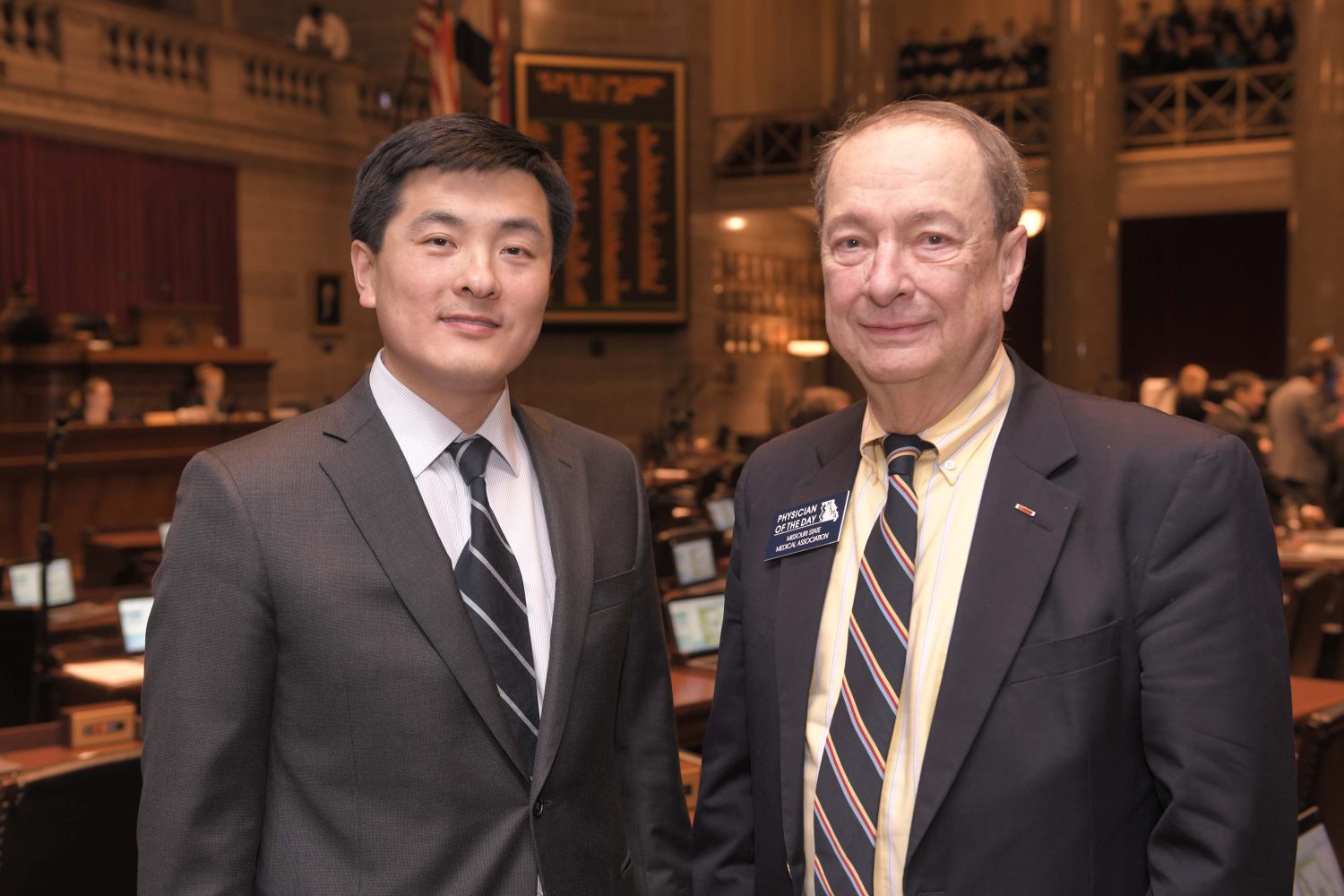 State Rep. Jon Patterson, who completed his general surgery program in 2011 at the UMKC School of Medicine and Truman Medical Center, on Wednesday recognized the former chairman of the TMC surgery department, Dr. Charles Van Way, on the floor of the Missouri House of Representatives.

Van Way travelled from his home in Kansas City to serve as the physician of the day at the Missouri State Capitol.  Before the start of session, Patterson recognized Van Way’s contributions to medicine and the United States.

“Dr. Van Way was a leading surgeon in his field and chair of surgery at Truman Medical Center.  I also thank him for his service to our country as he served in the U.S. Army Reserves and is a colonel in the Medical Corps.,” said Patterson, a Lee’s Summit Republican.