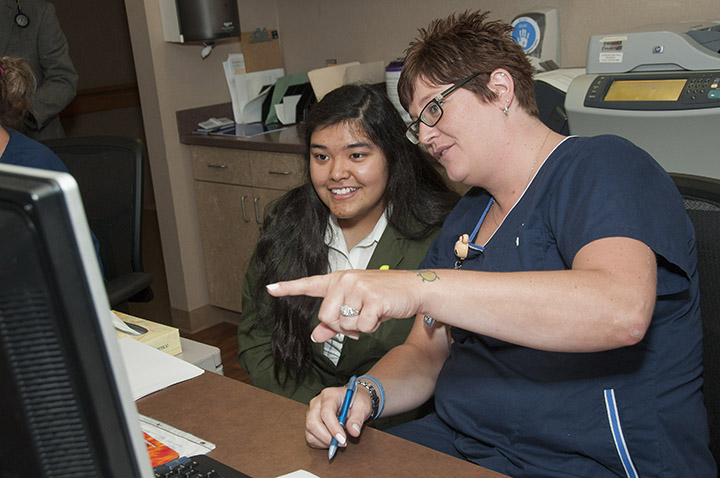 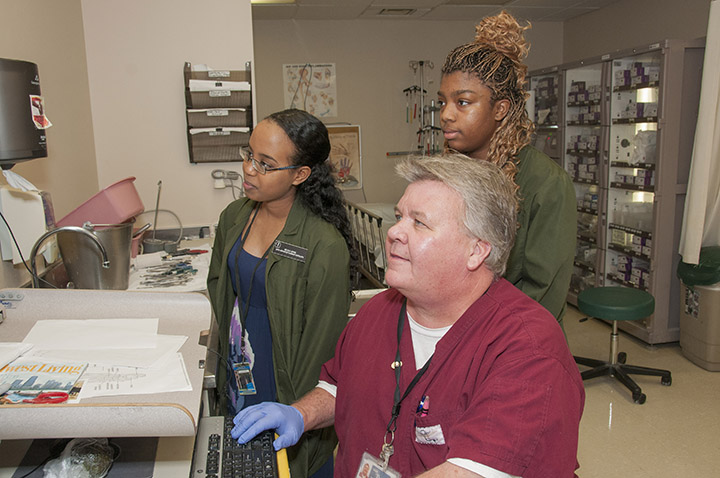 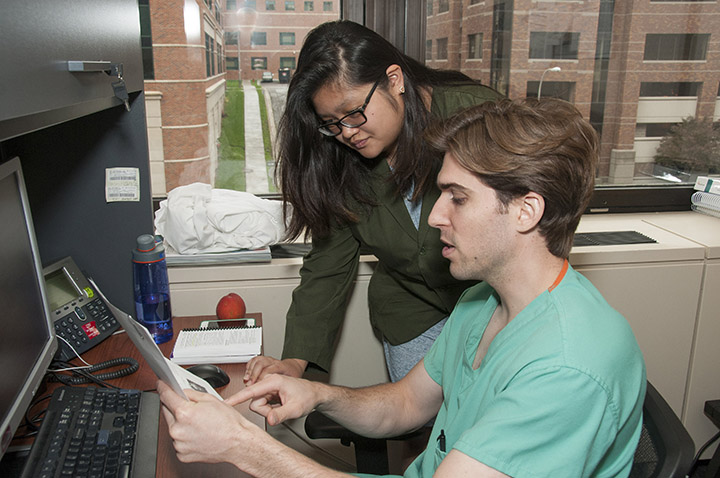 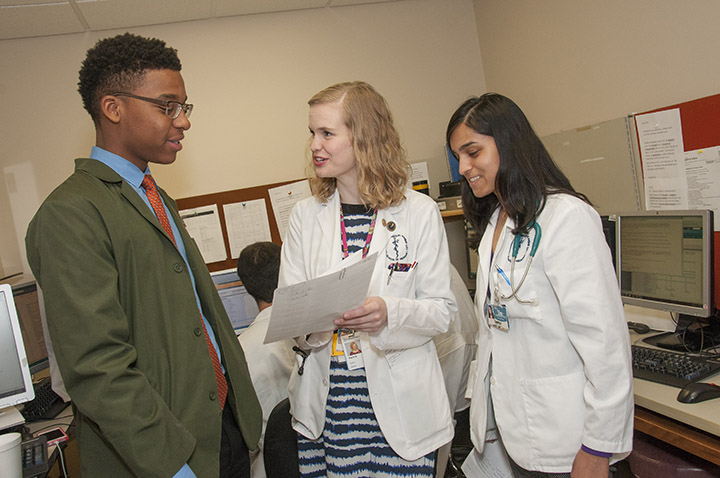 Just before 9 a.m., a fourth-floor conference room at Truman Medical Center is coming to life. Medical students, residents and nurses are gathering with Carol Stanford, M.D. ’79, a docent physician at the UMKC School of Medicine, and this morning’s attending physician. Joining the group are two high school students, Stephanie Echevery and Fiori Habtemichael.

This is the 35th year of the School of Medicine’s Summer Scholars enrichment program that offers minority and economically disadvantaged students, primarily high school juniors and seniors, a three-week primer in health-care career opportunities. Students who attend Summer Scholars can return the following summer for the advanced program that offers additional exposure to clinical experiences and interactions with health care professionals

Echevery and Habtemichael, two Advanced Summer Scholars, watch and listen as the group goes around the table for the next 40 minutes giving status reports and recommendations for the hospital patients they’re about to see.

“Understanding what they’re saying and what they’re talking about can be kind of hard, but after a while it starts to click,” said Habtemichael, a Winnetonka High School student. She is one of this year’s 12 Advanced Summer Scholars. “It’s kind of cool to be in the conference room with them and hear what they’re doing with the patients, whether they’re going to keep them (in the hospital) or discharge them.”

The students will shadow the unit throughout its morning rounds. Even though they’re still in high school, the students say they’re treated just like another member of the docent team.

After Stanford and the team completed a visit with a particular patient, a medical student took Echevery and Habetmichael aside and briefly explained the patient’s condition and the conversation that had just taken place between doctor and patient.

“Sometimes they go over our heads, but they do a good job of answering our questions,” said Echevery, who attends Raytown South High School. “It’s our first real experience and with all of the medical terms, it’s like a foreign language. But after a while, they’ll stop and ask us if we have any questions.”

Morning rounds with the docent units are just one of the hospital activities the second-year Summer Scholars experience. Just a week earlier, the students were in the Birthplace, Truman’s labor and delivery area. They’ll also experience the hospital’s surgical services among others.

Each Advanced Summer Scholar will also take part in a research project. This year, the class split into three groups to produce papers that explored coronary artery disease, child vaccinations and psychological tendencies.

Many of the students say they’re in the advanced program because they’ve already decided they want to go into some type of health care profession and help others in the future. A second year in Summer Scholars is giving them a better opportunity to do just that, they say.

“Last year, I began with an interest in wanting to become something in the medical field but I didn’t really have a good idea of what I want to be,” said Tina Ngo, a Lee’s Summit High School student. Ngo said the advanced program would help her decide on a career and where she wants to go to college in the future.

For those who are already leaning toward medical school, the opportunity to shadow doctors and medical students in the clinic and hospital settings is huge, said Echevery.

“This is going to be really good for me. (Being a doctor) is what I want to do,” Echevery said. “Being able to walk the hallways with the attending and the residents, it’s like a glimpse into the future. I really like that.”