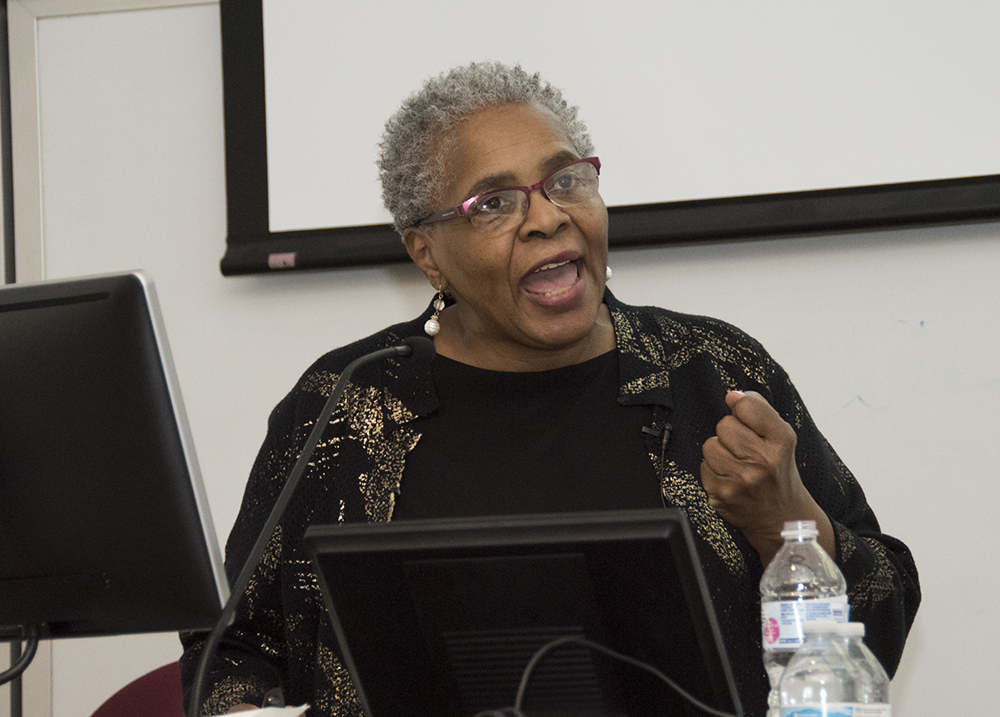 The environment children are brought up in plays a large part in their eventual mental and physical well-being as they get older. Mental health expert Altha J. Stewart, M.D., president of the American Psychiatric Association, drove home that fact as she gave the annual Dr. Reaner and Mr. Henry Shannon Lecture in Minority Health on Feb. 22 at the UMKC School of Medicine.

Stewart spoke of the social determinants of health and health disparities as they relate to children such as childhood trauma, exposure to violence in the community and other adverse childhood experiences. Those events in children’s lives, she said, are things that are driving them into the juvenile justice or child welfare systems.

“When we don’t create an environment where children can be healthy and thrive and have a sense of well-being, we consign them to these things and put them on the path to a system that is out of their home and frequently out of their community, which is not the best thing for them.”

Stewart supported her statement with statistics that showed 70 percent of children entering juvenile justice our child welfare have experienced one episode of a traumatic event that has impacted their psychological development, physical health and ability to relate to others in a socially appropriate way. She added that 30 percent of those children have a history of physical or sexual abuse and have some diagnosed learning disability.

Stewart has spent decades as chief executive officer and executive director of large public mental health systems in Pennsylvania, New York and Michigan. She currently serves at the University of Tennessee Health Science Center as associate professor and chief of social and community psychiatry. She is also director of the school’s Center for Health in Justice Involved Youth.

Before going to the University of Tennessee, Stewart was the executive director of a federally funded system of care program in Memphis  for children with serious emotional disorders and their families.

She said that the current health care system is filled with disparities and a lack of cultural awareness. Unequal treatment, she added, points to glaring disparities that must be addressed ranging from differences in language to different understandings of illness and wellness.

“Health care is a right, not a privilege. Unless we do some of those things, we will not address the needs of man people in the population,” Stewart said.