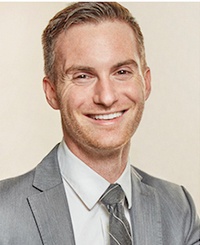 Andrew Lupo is the current pediatric and adolescent gynecology fellow. He is excited to join the Children’s Mercy community.

He was originally born in Washington DC. He is the youngest of four boys in a military family. They travelled around frequently and eventually settled down in San Antonio for high school. After graduation, he went to The College of William and Mary in Williamsburg, VA. Following college, he moved to Austin, TX to participate in a post-baccalaureate pre-medicine program.

He attended Texas A&M Health Science Center College of Medicine and was inaugurated into the Gold Humanism Honor Society. Following medical school, he matriculated into the obstetrics and gynecology residency at UT Southwestern in Dallas, TX. While studying under attendings such as Jason Jarin, Kimberly Kho, Ellen Wilson, and Stephanie Chang, he developed a passion for pediatric and adolescent gynecology and minimally invasive surgery.

Following residency, he participated in a one-year advanced pelvic and robotic surgery fellowship. He moved to Kansas City in June of 2021 with his partner, Sebastian, and their dog, Sahara. Andrew is passionate for equitable access to medical care, the care of marginalized communities, the care of members of the LGBTQAI+ community, and advocacy for adult and pediatric patients.