Why did you choose UMKC?

I was recruited to compete for the cross country and track and field team and decided to make the 10 1/2 -hour trek down from my hometown in northern Wisconsin. Little did I know, I would become much more accustomed to making this drive, as I committed to attend UMKC shortly after my visit.

Initially, I was drawn in by the team culture, and was convinced that this could be a place for me to develop into a high-level athlete at the Division I level. I also liked the smaller campus feel paired with big city opportunity. 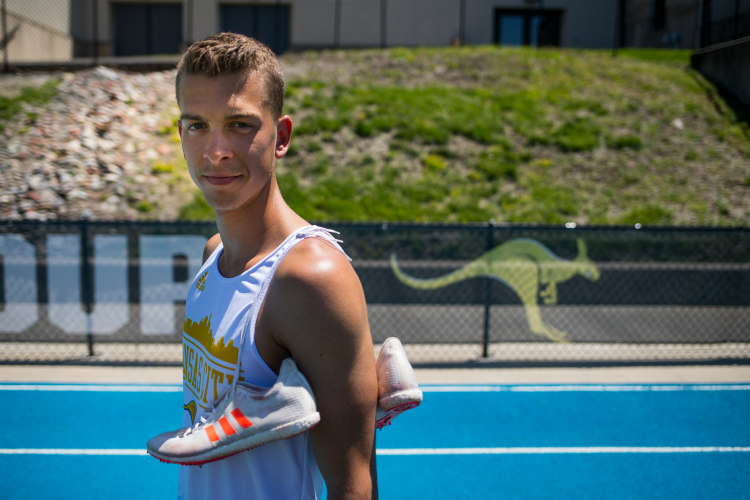 You’ve competed in the 2016 Olympic trials for steeplechase (which involves running, jumping over hurdles and a water trap) and are competing this summer, too, for the 2020 games. What got you started with the steeplechase?

I was originally a basketball player, and then competed in the Presidential Fitness competitions, and thought “hey, running is fun, and I’m pretty good at it”.

Wow! That’s incredible. It sounds like you’ve had great coaching at UMKC.

There are past and current coaches/administrative personnel in UMKC Athletics who have influenced me to become a better version of myself. My current coach, Brett Guemmer, has been a role model, mentor and leader for me during the past three and a half years. He’s someone I admire and strive to replicate as I grow as a person. I’m not sure where I could be without him, but I sure am glad to be in the position I am right now, and I owe a lot to him and his level of care that he has shown to me and the other athletes that he works with.

Another person I admire at UMKC is Barb Bichelmeyer, provost and executive vice chancellor. I admire her ability to balance co-leading our university and maintaining relationships and connections with students such as myself. She has leadership characteristics and communication skills that we all could takes notes from. 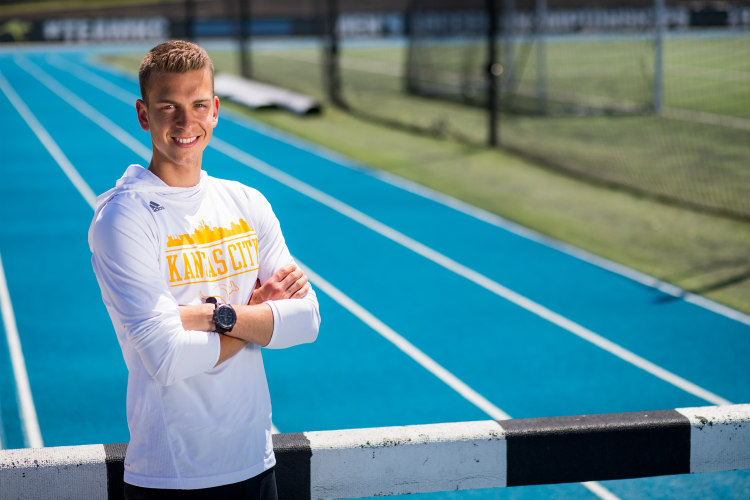 Why did you choose health sciences?

I have always been terrible at answering the question, “What do you want to be when you grow up?” I started at UMKC as undecided and used the first semester to explore my interests and see how they fit into the educational pathways that UMKC had to offer. I ultimately decided on the Bachelor of Health Sciences program because it would prepare me for a variety of career paths: public health, health care or research. I was able to further refine my educational focus by adding minors in exercise science and business administration.

So, what are you doing now?

My unique mix of classes allowed me to secure an internship at Children’s Mercy in my final semester of the health science program, and upon graduating, I accepted a position as a graduate assistant researcher on Children’s Mercy Energy Balance Research team. After several months of work on healthy lifestyles initiatives and research on adolescent activity, appetite and metabolism, I decided to further my education at UMKC in the Master of Health Professions Education program. My interest for this education program was inspired by experiences with my teachers, colleagues, coaches, teammates and co-workers at UMKC and Children’s Mercy. 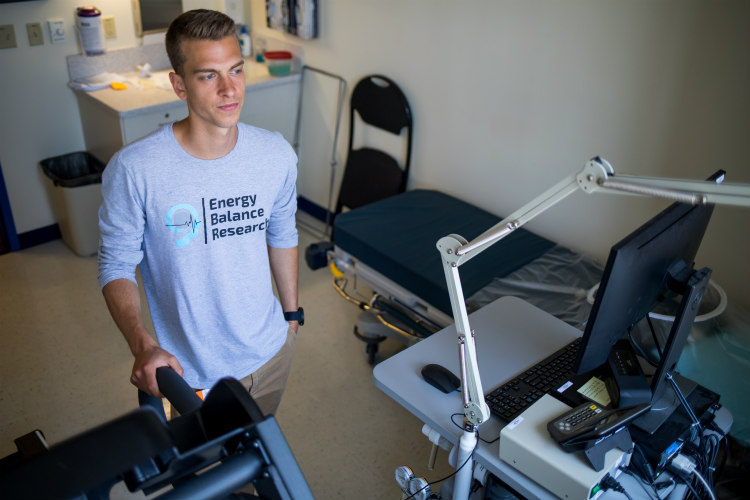 How has your college program inspired you?

My education at UMKC has inspired me to make change in the Kansas City community! I now have a passion for preventative health, healthy lifestyles promotion and improving health outcomes in at-risk populations. The course work has opened my eyes to areas of health concern and also developed my leadership skills to use when addressing these areas of concern in the community.

Are you a first-generation college student?

No, but I am the first of my siblings to attend college. I have twin brothers who are five years younger than me, so paving the way for them to be successful in school and sports is something I continue to push for. At the beginning of this school year, my dream of growth alongside them in school and sport came true. They committed to attend UMKC and run on the track and cross country teams! I was then granted a sixth-year medical hardship extension waiver to use my final season of track and field eligibility. My younger brothers and I competed in outdoor track and field together this past season. Younger-older brother rivalry! 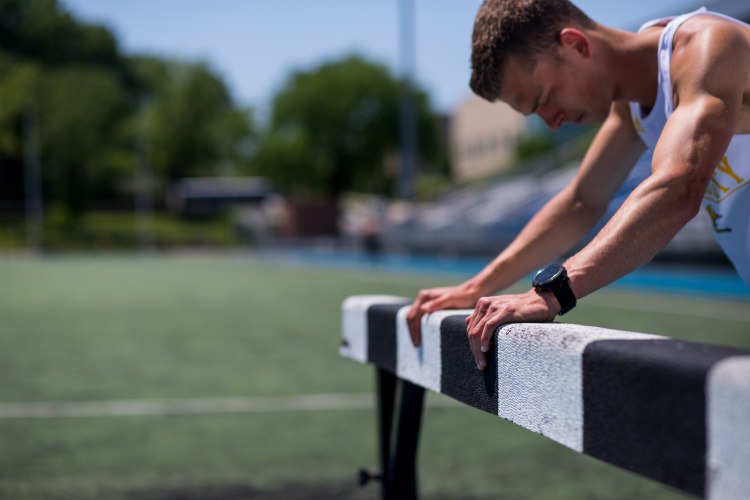 What’s the best piece of advice you have ever received from a professor?

A professor once told me that the best way to prove that you actually know something, is by learning to teach it. If you can teach a concept, you will remember that concept. I have since used this approach in training with teammates and educational instruction.

I finished my final semester on the UMKC track and field team. The past five and a half years have allowed me to travel around the country while representing UMKC and developing into the best version of myself as an athlete. UMKC’s resources, my coaches and my teammates have helped me become a two-time NCAA Division I All-American in the steeplechase, a nine-time Western Athletic Conference (WAC) Champion and a 10th place finisher at the 2016 Olympic Trials in the steeplechase. Additionally, the memories I am most fond of as a captain for the Roos, were during our back-to-back WAC Championships in cross country. These team accomplishments definitely bring me the most joy and satisfaction.

I have also been involved with the UMKC Student-Athletic Advisory Committee, the WAC Student-Athletic Advisory Committee, and the Mortar Board Honor Society. My favorite part of my commitment to these organizations has been the community outreach efforts carried out here in the city. I have been able to volunteer with more than 15 organizations over the past five years. 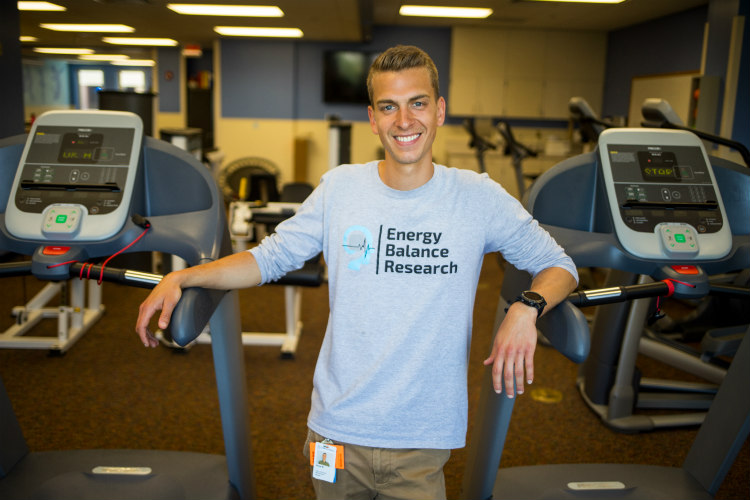 Have you had an internship? What did you learn?

I interned with the Weighing In team in the Center for Children’s Healthy Lifestyles and Nutrition department of Children’s Mercy. I gained experience in research, health promotion and preventative health education. I accepted a research position on the Energy Balance Research team, in the same department this summer and continue to work with the Weighing In team in communications.

What do you hope to take from your experiences at UMKC into your professional career?

During my undergraduate education and current master’s degree classes, a common learning theme and area of personal development for me has been leadership. As a captain on the UMKC track and field and cross country teams for two years, these classes proved valuable for translating concepts into practice. As I’ve progressed further in health studies, my interest has drifted more into the leadership and teamwork aspects of healthcare. 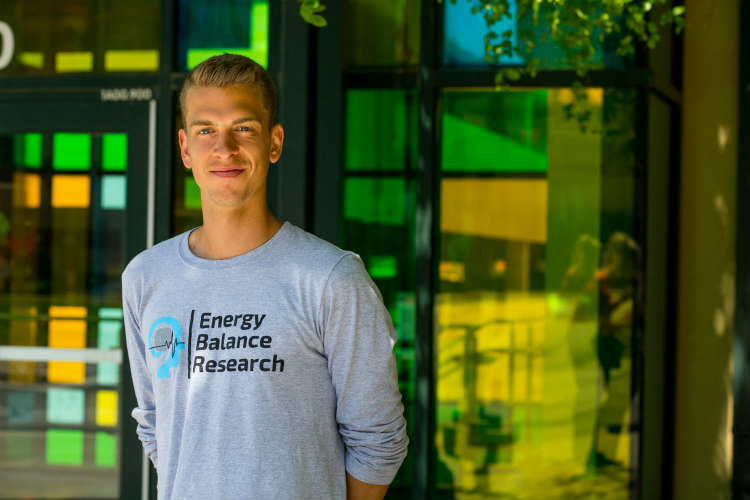 What is one word that best describes you?

Dynamic. I am not afraid of change and I want to always strive for progress. As I’ve grown here at UMKC, so have my connections and responsibilities, making it difficult to balance them all. With constant adjustment–and advice from those around me–I’ve found ways to embrace challenges and opportunities. For me the most important key to continuing to be dynamic has been framing situations in a positive light and surrounding myself with like-minded people.

Read Other UMKC Stories About Mentorship