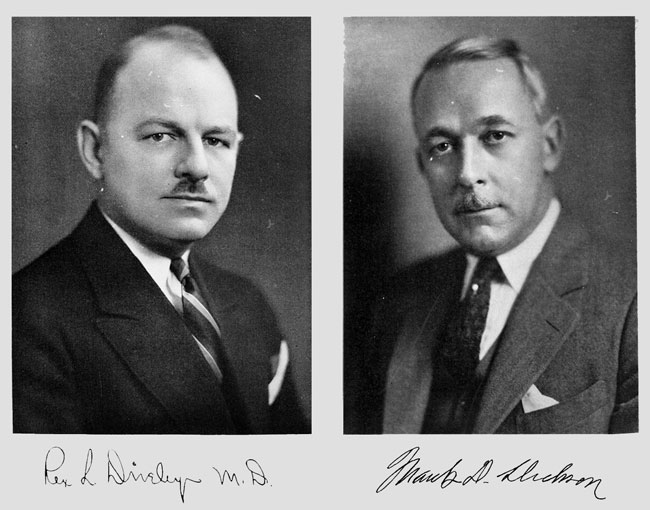 The American Board of Orthopaedic Surgery (ABOS) was established in 1935, and by that time Rex L Diveley, M.D. and Franklin Dickson, M.D. (both above) had already been training residents in Kansas City for several years.  No one is certain when Drs. Dickson and Diveley took their first resident, but the origin of the University of Missouri—Kansas City’s Orthopaedic Surgery Department and Residency can be traced to these two pioneering physicians. They established the Dickson-Diveley Orthopaedic Clinic in Kansas City in 1927, but had known each other at the Christian Church Hospital at 27th and Paseo since 1922. They moved their practice to St. Luke’s Hospital in 1928, and established the orthopaedic department there that exists to this day.

Both early members of the ABOS, Drs. Dickson and Diveley established a formal, one year orthopaedic residency in Kansas City at St. Luke’s Hospital in 1935 with the founding of the board.  When the ABOS expanded the orthopaedic surgery residency requirements to three years in 1938, Drs. Dickson and Diveley expanded their residency to three years and incorporated the Kansas City General Hospital #1 department of orthopaedic surgery into their program. Dr. Dickson became the 9th president of the American Academy of Orthopaedic Surgeons, and Dr. Diveley the 15th president. 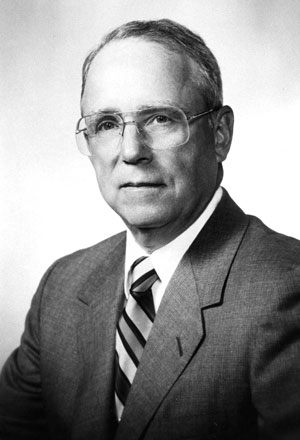 In 1980, the ABOS requested that all residency programs become affiliated with an academic institution. The Dickson-Diveley program was integrated into the UMKC-SOM and became the UMKC/Truman Medical Center Affiliated Hospitals program.  James J. Hamilton, M.D. became chairman of the department of orthopaedic surgery at Truman Medical Center and assumed the role of program director of the residency in 1981. He was the longest serving chairman and program director in the country at his retirement in July 2012, after serving for over 30 years.

Mark Bernhardt, M.D. was named interim chairman of the department in July of 2012, and became permanent chairman in July of 2013. Brad Olney, M.D., chief of Orthopaedic Surgery at Children’s Mercy Hospital, became program director of the residency in July of 2012.