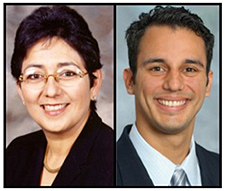 The annual RSNA Honored Education Award, which began in 2011, recognizes RSNA members who have delivered highest quality education in their field. Rosado de Christenson and Vidal were two of only 44 recipients from across the country for the 2012 award.