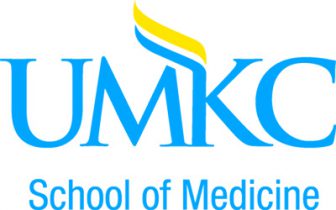 The School of Medicine is accepting nominations until Aug. 1 for four faculty, staff and student awards. These will recognize achievements in diversity and health equity, mentoring, medical education research and teaching.

The Excellence in Diversity and Health Equity in Medicine Awards recognize an individual or organization that has demonstrated sustained and impactful contribution to diversity, inclusion and cultural competency or health equity. The award is given to a student or student organization, and to faculty, staff, resident and/or organization/department.

Nominees should be those who have made consistent contributions to diversity, inclusion, cultural competency or health equity through one or more of the following:

o Recruiting or retaining a diverse student or faculty body;
o Fostering an inclusive environment for success of all;
o Working to promote health equity and the elimination of health disparities;
o Strengthening efforts to develop or implement cultural competency strategies that improve health-care delivery.

Nomination materials should be sent to the attention of Dr. Nate Thomas, Associate Dean for Diversity and Inclusion at thomasen@umkc.edu

The awards recognize the significant contributions mentors make to enhance and develop the careers of our faculty and trainees. Characteristics of successful mentoring include generosity, listening, objectivity, and constructive feedback regarding career and professional/personal development.

The third annual Louise E. Arnold, Ph.D., Excellence in Medical Education Research Award will be given to a tenure track or non-tenure track faculty member who has contributed to innovation and scholarship related to medical education at UMKC School of Medicine for a minimum of five years.

The second annual Christopher Papasian, Ph.D., Excellence in Teaching Award will be given to a tenure track or nontenure track faculty member who has contributed to medical student pre-clinical education.

Nominations for the mentoring, medical education research and teaching awards should be sent to Dr. Rebecca R. Pauly, chair, selection committee, at paulyr@umkc.edu.

Winners of the awards will be announced on Sept. 13th during the annual Faculty Promotion and Awards reception at 4 p.m. in Theater B.