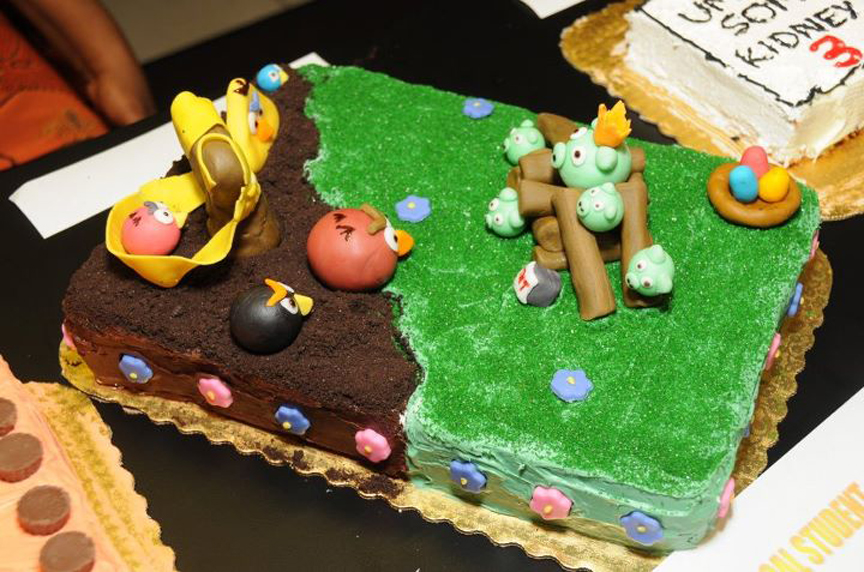 The Winner Is: The Angry Student. A cake decorated by students on the Gold 3 docent unit captured the first prize in the Cake Decorating Contest sponsored by the School’s Color Officers on Sept. 8. Visit our Facebook page to see pictures of all the entries.

The Angry Student — a takeoff on the popular game, Angry Birds — grabbed the attention of the judges and the first prize on Sept. 8 in the School of Medicine’s student cake decorating contest sponsored by the Color Officers. Students on the Gold 3 docent unit decorated the winning entry.

The remaining entries — Red 5, Ping Pong; Green 5, Waving Good-bye to the Summer; Green 8, icake; Red 8,  “Reisz’s Peanut Butter Cups; Red 1, Laboring over Labor Day; Red 3,  Glomerulocakepathy; and Green 2, Medical School is a Beach — all met the same eventual fate as the winners. All were gobbled up by students, faculty and staff of the medical school shortly after the winners were announced.

The next planned Color Officers event is the annual Pumpking Carving Contest in October.