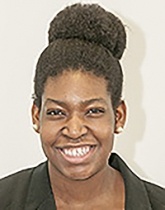 She was elected to the role this spring during the 2022 SNMA Annual Medical Education Conference, the largest gathering of minority medical students in the nation. In her new position, she will work to further the SNMA mission of supporting current and future underrepresented minority medical students by helping provide academic resources and opportunities to members.

Nwankwo has been active in the SNMA throughout her medical school career. She previously participated the organization’s National Future Leadership Program that provides training in leadership skills, networking and project development.

At the School of Medicine, Nwankwo has served as a mentor and assisted with the Saturday Academy and Summer Scholars programs. She is also is a member of the school’s Diversity Equity and Inclusion Council and serves as vice president of the UMKC chapter of the American Medical Women’s Association.

The SNMA is the nation’s oldest and largest independent student-run organization. With more than 7,000 members, it serves to focus on the needs and concerns of medical students of color.