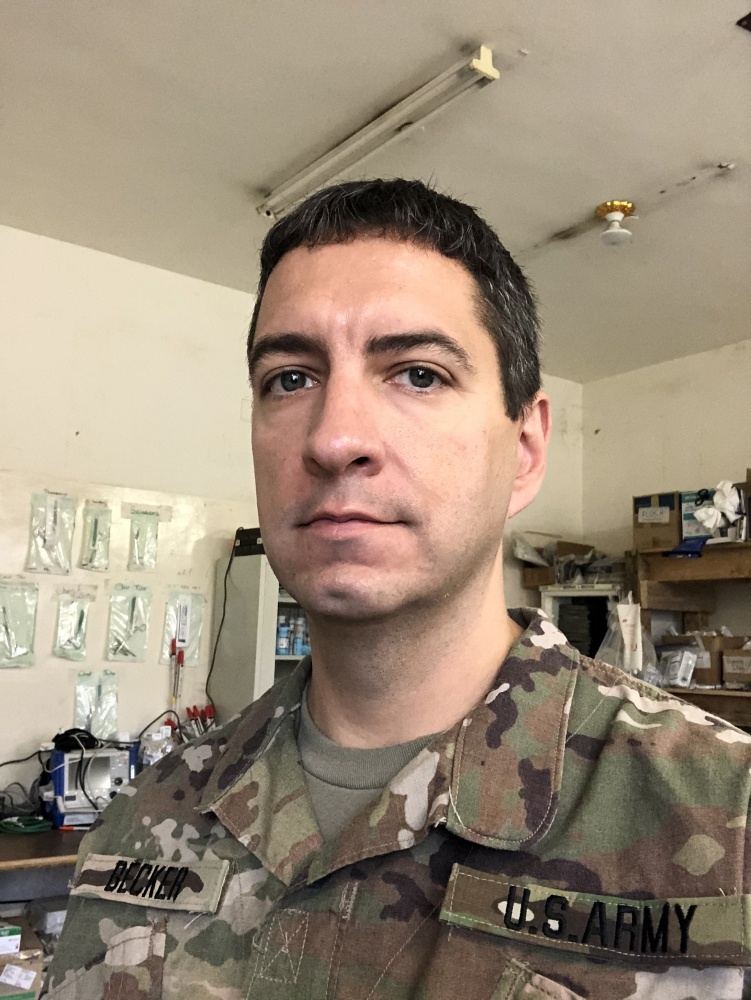 In the aftermath of September 11, 2001, Tyson Becker (M.D. ‘01) was one of many UMKC alumni whose job found him responding to the tragic event. He was a first-year surgical resident at Walter Reed Hospital in Washington, D.C. – about eight miles from the Pentagon, where American Airlines Flight 77 crashed into the west side of the structure. On 9/11, his skills were needed to treat those injured by the explosion and his efforts in the burn unit at Walter Reed were featured in the school’s alumni magazine.

On the 20th Anniversary of September 11, many are taking the time to look back at that date in history. Here are Becker’s recollections and how the experience shaped his medical career.

How has your professional career evolved since that time?

I am still in the Army and am now a colonel. I work as a trauma critical care surgeon at Brooke Army Medical Center (BAMC) in San Antonio, Texas. BAMC is the Department of Defense’s only Level 1 trauma center and covers San Antonio and the surrounding 22 counties in South Texas, serving military and civilian traumas.

I also serve as the general surgery consultant to the Surgeon General of the U.S. Army and am a member of the American College of Surgery Board of Governors. In addition to that, I am the director of the Strategic Trauma Readiness Center, which prepares forward surgical teams to deploy and take care of combat trauma. I have deployed six times to Central America, Africa, Afghanistan and Syria.

What memories stand out from your time at Walter Reed after September 11, 2001?

A lot has happened since that day. I have spent the last 20 years taking care of our service members injured in combat operations against terrorism. That day two decades ago is when my whole career started. Everything I have done since has stemmed from that day. As we see with current events, the work continues.

I remember that on 9/11 everything changed. One minute I was working in a hospital as an intern, and the next minute, everything I did was focused on ensuring those citizens that were put in harm’s way came home alive and in the best shape possible.

That day gave the rest of my career a clear purpose.

How did the experience shape you as a health care provider?

I have a strong sense of service to our country. After 9/11, I felt I could best serve the country as a trauma surgeon in the military. It has made me want to serve in austere environments, whether combat or humanitarian.

I feel that what I do is more than just a job, it’s a duty.