Provisional status indicates that the plans and resource allocation for the proposed program appear to demonstrate the program’s ability to meet the ARC-PA standards if fully implemented as planned. Provisional accreditation does not ensure subsequent accreditation status and is limited to no more than five years from matriculation of the first class.

“It was very exciting to receive that email,” Ervie said. “We felt very good about it. We had a site visit with two site visitors here for two days in June. They gave us their observations and we had responded to those.”

Ervie said the program would begin with an inaugural class of 15 students. The School received nearly 100 applications to be part of that first class and about 40 were interviewed. At least 80 percent of the class will come from the instate application pool, Ervie said.

“We have been very pleased with the number of applications we’ve received and they have been exceptional,” she said.

The first class is scheduled to begin on Jan. 14. 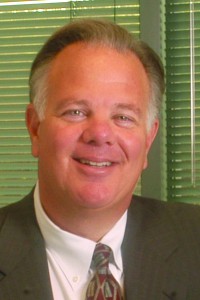 The University of Missouri-Kansas City (UMKC) School of Medicine is pleased to announce the appointment of Steven D. Waldman, M.D., as the Director of Statewide Outreach Programs. Dr. Waldman presently serves as the docent for M.D.- Only students during their first semester at the School of Medicine and will continue to provide this experience while assuming his new duties.

Dr. Waldman is a graduate of the UMKC School of Medicine (1977) and completed his postgraduate training at Mayo Graduate School of Medicine. He maintained an active and highly successful clinical practice in pain management in the greater Kansas City area. He received his Juris Doctor from the University of Kansas School of Law in 1996. Dr. Waldman has been the recipient of numerous awards and honors and has an extensive collection of scholarly publications in his area of clinical expertise.

“Dr. Waldman brings vast experience and a strong reputation as a clinician, an educator, and an administrator,” said School of Medicine Dean Betty M. Drees, M.D. “We look forward to his leadership in filling this important position.”

Dr. Waldman’s primary responsibility in this newly established position is to develop a recruitment strategy that will increase the applicant pool for students from regional liberal arts colleges and universities into the M.D.-Only program and other graduate training programs at the School. Dr. Waldman will also develop strategic partnerships with Missouri hospitals and physician practices for recruitment of UMKC postgraduate trainees into Missouri practices.