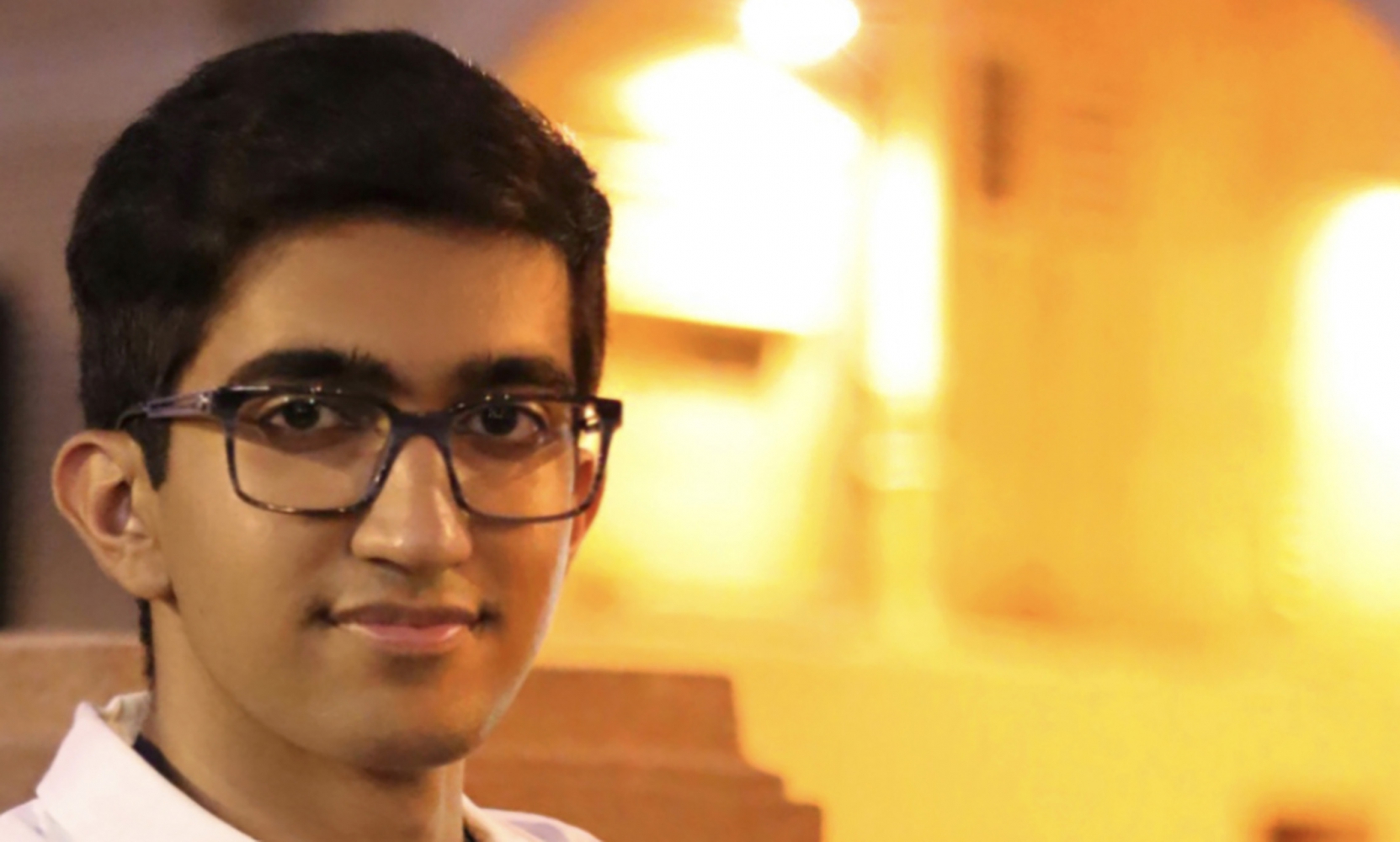 Driven. Creative. Optimistic. Curious. Determined. Smart. Happy. These are common traits found in successful entrepreneurs. All of them are found in Fahad Qureshi.

Qureshi is the founder and creator of Vest Heroes, which uses a system of pulleys and levers in the operating room to relieve surgeons from bearing weighted lead X-ray skirts and vests during long procedures. Wearing the vests are required by law and protect health care professionals from radioactive exposure. But they are heavy – between 30 and 69 pounds – and can hinder mobility.

Qureshi wasn’t nervous during the final rounds of competition, as he’s had the idea for a long time and knows the product well. In fact, his invention is patent-pending, and he’s launched a company to fulfill orders for 100 vests that will be used throughout the country. “I strongly believe in the idea,” he said, “and it was great to get affirmation from the judges. To know it’s real and it’s working – I feel good about that.”

As a child, Qureshi had a good friend who died during an operation following a bad accident. He heard the surgeon say that wearing his 60-pound vest made it hard for him to make movements during his friend’s operation – and that’s something he never forgot.

While finding a way to reduce the weight of these vests has been in his head for a long time – “10 to 12 years, maybe more” – he didn’t have the background needed to solve it … until medical school.

Once at UMKC, he gained academic understanding, expanded his medical knowledge, got into the operating room and participated in an engineering apprenticeship, completely independent of the School of Medicine.

“Just because you are practicing medicine doesn’t mean you can’t do anything else,” he said. “I wasn’t looking for credit, I was looking for knowledge.”

He also found a local engineering firm to help out.

“When you have an interdisciplinary approach, that’s when you can really solve problems. Without medicine, I wouldn’t know what to build,” he said. “Without engineering, I wouldn’t know how to build it.”

In addition, Qureshi reached out to various physicians to get their opinions – how to improve the vest, how to grow consumer interest, what did and didn’t work well. His biggest support has come from Bogdan Derylo, M.D., a nephrologist from his hometown of Chicago and Akin Cil, M.D., UMKC professor and the Franklin D. Dickson/Missouri Endowed Chair in orthopaedic surgery.

“All of the feedback received was terrific,” Qureshi said. “The final model is a culmination of all the suggestions they provided.”

Qureshi, who worked minimum-wage jobs to fund the company so he can retain full equity, says mass distribution is his ultimate goal. He’s currently working with a Chinese manufacturer to help produce large numbers of the Vest Heroes, although that is sidelined now due to the coronavirus pandemic.

“Any doctor or health care professional that uses radiation has a need for this,” he said. “There’s really no downside to using it – it’s a necessity, as I see it.”

There’s no doubt that Qureshi’s entrepreneurial spirit motivates him, but he sees health care connecting it all. As for his future, he plans “100 percent to practice medicine.” And part of that plan includes research, his company and teaching the next generation of doctors.

“When you choose what you do every day, it should be something that makes you happy. Going to work shouldn’t be scary or dreaded. If your work makes you happy, you’re doing something right.”