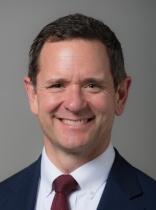 Gus Sonnenberg, a 15-year fundraising veteran, has joined the UMKC Foundation as senior director of major gifts for the Health Sciences Campus. He will work specifically with the schools of Nursing and Health Studies, Medicine and Pharmacy.

Sonnenberg will work with the schools’ leadership to identify, cultivate, solicit and steward those who want to make an impact on student’s lives. He said he is making plans to meet with leadership, faculty and donors to understand the schools’ priorities and create a plan to move forward.

He brings with him a strong record of success managing capital campaigns, having secured six- and seven-figure gifts. He has also led continuing education conferences and taught courses on educational foundation fundraising and leadership.

Sonnenberg, a 1997 graduate of the UMKC School of Law, said he understands the role UMKC plays in serving the greater Kansas City area, and is excited about the work that can be done to advance programs and provide financial support for students.

Sonnenberg is a Kansas City native who attended Rockhurst High School and Creighton University on an Army ROTC scholarship before law school. He started his legal career as an assistant prosecuting attorney in Cass and Jackson counties, working on everything from traffic tickets to felony trials. He was recruited to become general counsel for the General American Mutual Holding Company Receivership, where he managed the distribution of $1.2 billion dollars to individuals and companies around the world.

After wrapping up the receivership, Sonnenberg changed careers and became director of development for Rockhurst High School.

He has been active in the Kansas City Bar Association, St. Elizabeth Parish, Cub Scouts, Brookside Soccer, and the Jesuit Schools Network. He and his wife Julie, a physical therapist and founder of Empower Physical Therapy in Prairie Village, have four children and live in Leawood, Kansas.