Gus Frank begins to share his story with a group of Kansas City teenagers. For about 20 minutes, he describes how this local high school basketball player discovered that he is HIV-positive and must now live with consequences.

But the story is not really his own. It is, however, the unnerving and true story of a Kansas City teen whose life has been dramatically changed forever.

Frank is actually a fourth-year medical student at the UMKC School of Medicine acting in the production, “The Dramatic STD/HIV Project.” The partnership brings together health professions students from UMKC, the University of Kansas and Coterie Theatre actors to provide Kansas City teens with the facts about sexually transmitted diseases and HIV/AIDS.

“Some of the highest STD rates are among our youth and young adults ages 15 to 24. Education, knowledge and prevention are an important step in changing this risk to our youth.” – Stefanie Ellison, M.D., faculty at the UMKC School of Medicine and medical director on the project

In the roughly hour-long program — a 15- to 20-minute scripted presentation followed by an often-intense question-and-answer period — a professional actor from the Coterie pairs with a medical, pharmacy or nursing student to discuss the dangers of the diseases with audiences from eighth grade through high school.

“We’re there to inform the youth of Kansas City,” said Frank, now in his second year with the project. “We’re not doing this to tell them what they should do, but to inform them of the facts. We want them to be able to make their own informed decisions when the time comes.” 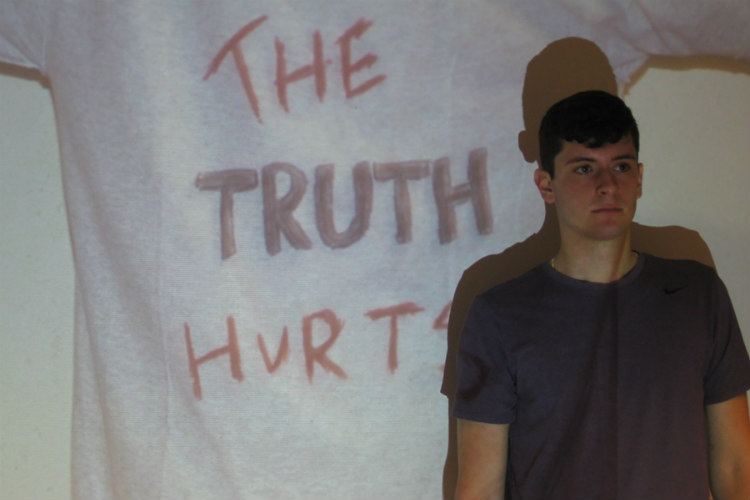 Joette Pelster is executive director of the Coterie Theatre and a co-founder of the project. She started the program with the theatre’s artistic director Jeff Church, an adjunct theater instructor at UMKC, and Christine Moranetz, then a faculty member at the University of Kansas Medical Center. That was 26 years ago when the AIDS epidemic was at its height, becoming the one-time leading cause of death among Americans ages of 25 and 44.

“We wanted to do something that would have an impact,” Pelster said. “A lecture wasn’t going to do it. This was a perfect partnership because their weakness was our strength. We brought the acting, they brought the medical content and credibility. That’s why it’s lasted so long.”

“We’re there to inform the youth of Kansas City. We want them to be able to make their own informed decisions when the time comes.” – Gus Frank, a fourth-year medical student at the UMKC School of Medicine in his second year of acting in the program

UMKC faculty members Stefanie Ellison, M.D., at the School of Medicine and Mark Sawkin, Pharm.D., at the School of Pharmacy, serve as medical directors. They provide the actors with training on such things as current trends in infection rates, symptoms, testing and treatment. They also compile and routinely update a huge binder loaded with information to prepare the actors for what might be thrown at them during the question-and-answer portion of the program. Each actor has a copy of the binder that is updated throughout the year and training updates occur at least twice a year so that troupe members have current facts to share with at- risk students.

“UMKC was very influential in our talking about STDs because the incidence rate was rising so high,” Pelster said. “They are integral to the project and training for the question-and-answer periods that are vital to the project.”

“This is still relevant 25 years later,” Ellison said. “Some of the highest STD rates are among our youth and young adults ages 15 to 24. Kansas City has an increased incidence of gonorrhea, chlamydia and syphilis. Nationally, one in five new HIV diagnoses is in patients ages 13 to 24, and 20 percent of new diagnoses are among patients from ages 14 to 19. Education, knowledge and prevention are an important step in changing this risk to our youth.” 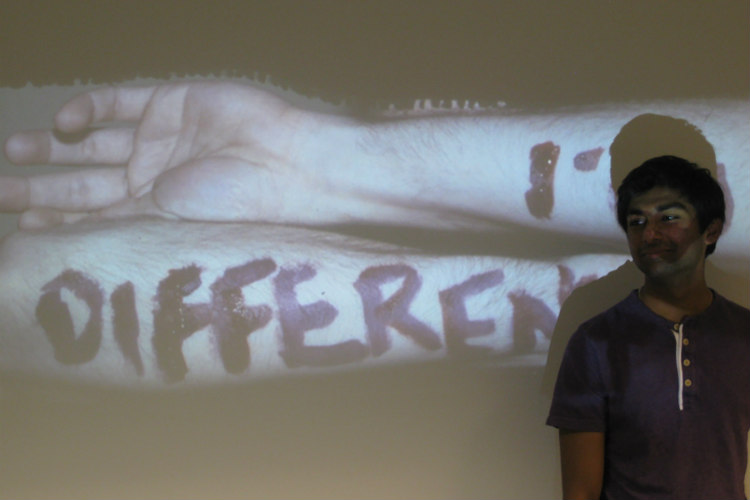 Since 2008, the program has averaged more than 210 presentations a year in junior highs and high schools throughout the Kansas City Metro area. Through last school year, it had been presented 4,495 times, reaching more than 194,000 Kansas City teenagers.

“I would share with them that this (prescription) is something you’ll have to take the rest of your life; you’re stuck with it. Just being able to embed that in their memory by telling these kids was really helpful.” – Krista Bricker, a fourth-year UMKC School of Pharmacy student who was among the cast of student actors a year ago

Every presentation pairs one male and one female of different ethnicities, helping to make the team more relatable to its audience. Each actor follows one of six different scripts to present the true story of a Kansas City teen that has contracted an STD or HIV/AIDS.

The productions require little theater other than the actors’ monologues, slides projected on a wall or screen behind them and music to help present each story. They take place in intimate settings of a single classroom of maybe 15-20 students to auditoriums filled with as many as 100 or more students. The actors say the small classroom sessions sometimes produce the most intense interactions because the students in their smaller, tight-knit setting become less inhibited during the Q&A periods. 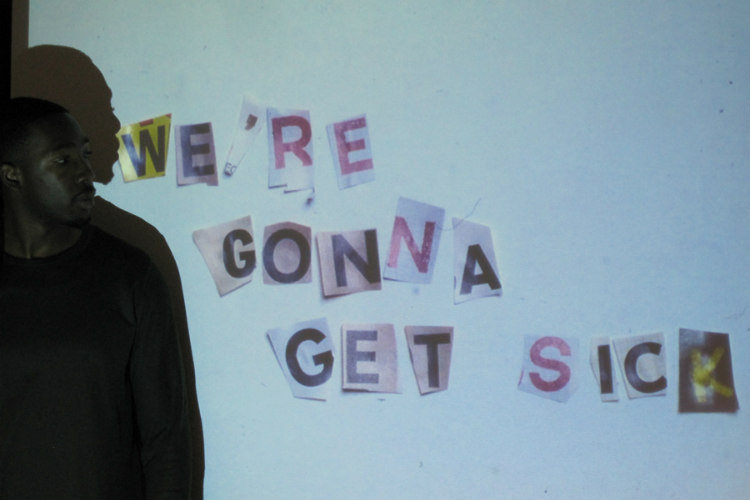 “It feels like we’re talking student to student,” said Madison Iskierka, also a fourth-year medical student. “It doesn’t feel like you’re sitting in a lecture listening to someone preach about whatever you’re learning. It’s very personal and I like that.”

Frank admits feeling some early awkwardness when talking about such a sensitive subject with a young audience. But that faded after a few presentations.

“It’s something that we need to make not weird,” he said. “We need to destigmatize all the sexual education about HIV and all other STDs. If we could make those things something that is easier to talk about and comes up in conversation more often, it would probably make people more aware and more willing to get tested and get treated if they do have something.”

The actors are trained to hit on a list of key points during the question and answer sessions to highlight abstinence as the only sure way to avoid contracting infections, as well as discussing risky behaviors and sources of transmitting the diseases.

“We wanted to do something that would have an impact. A lecture wasn’t going to do it. This was a perfect partnership…we brought the acting, they brought the medical content and credibility. That’s why it’s lasted so long.” – Joette Pelster, executive director of the Coterie Theatre and co-founder of the project

Krista Bricker, a fourth-year UMKC pharmacy student, was among the cast of student actors a year ago. She said she often leaned on her pharmacy background and honed in on the medications when sharing the hard reality of what is involved for patients living with these diseases.

“I would share with them that this is something you’ll have to take the rest of your life; you’re stuck with it,” she said. “Just being able to embed that in their memory by telling these kids was really helpful.”

Frank reflects on the story of the local teen he portrays. He is determined to get the details as perfect as possible during each presentation because if not, he says, “I’m messing up someone’s personal story.”