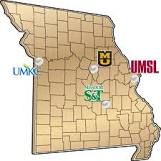 Missouri voters will decide on a statewide initiative to implement a 73-cent tax increase on cigarettes when they go to the polls on Nov. 6. If approved, Proposition B is expected to raise nearly $283 million in new revenue annually for Missouri schools and smoking prevention programs.

The University of Missouri does not advocate either position on the ballot amendment, but has created a list of talking points for discussions of Proposition B and how Missouri’s universities would use revenues from a tax increase.

For example, university allocations from an increased tax could be used to increase the number of health care workers in the state, support maintenance and of research laboratories and infrastructure, faculty investments, and key university strategic priorities.

Among the talking points are that 19 percent of studetns on University of Missouri System campuses have used cigarettes in the past year and 8 percent smoke daily. Missouri has the 11th highest smoking rate and the 39th lowest life expectency in the country.